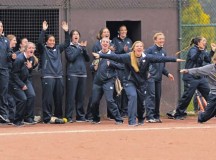 Tired eyes, bells ringing and reclusiveness are some things you might encounter at the start of a school day, but smiles, excitement and admiration are what filled Ramstein High School gymnasium Oct. 21. 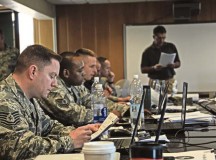 Airmen look at their course handouts as Michael DeJacomo, a mobile training team instructor with the 312th Training Squadron, conducts a lecture during a Fire Officer III certification course May 13 on Ramstein. Eighteen firefighters from across U.S. Air Forces in Europe gathered for the 10-day advanced fire protection course which began May 4. 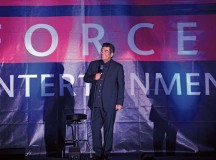 Changes in schedule for RIP, ROP

The Ramstein Inprocessing and Outprocessing centers will be changing their weekly schedule. 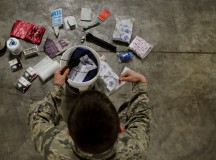 It’s the morning of Aug. 28, 2005 — people awake to sounds of faint screams and echoes of buildings collapsing. A sense of panic and fear lingers in the air as 175 mph winds and masses of water engulfed 90,000 square miles of land. Outside, one of the five deadliest hurricanes in U.S. history has reached the southeast and midwest of the continent. The hurricane eventually killed over 1,000 people and caused more than $100 billion in property damage. 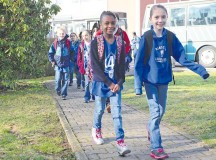 Ramstein youth had extra pep in their step as they stomped into the boots of their Airmen and Soldier parents during Operation Jaguar, a mock pre-deployment line held on the 435th Construction and Training Squadron’s silver flag compound March 27 on Ramstein 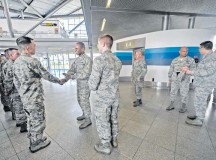 General Darren W. McDew, Air Mobility Command commander, visited March 28 through April 2 on Ramstein. During his visit, he held an all-call for more than 500 Airmen from U.S. Air Forces in Europe, 3rd Air Force, and the Ramstein wings. 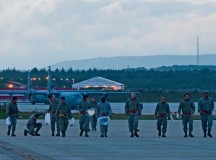 Leaders from the 1st CBCS invited retired Chief Master Sgt. Gerald Richards, a 1st CBCS alumnus, to inspire their Airmen and answer questions on the differences between the units early ’60s mission and current operations. 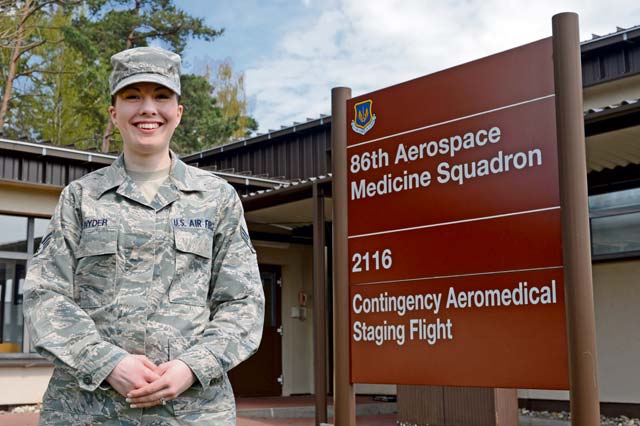