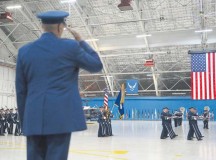 WASHINGTON — Airmen said goodbye and good luck to the Air Force vice chief of staff during his retirement ceremony Aug. 7 on Joint Base Andrews, Maryland.

JOINT BASE SAN ANTONIO — The Air Force Personnel Center Retirements and Separations Branch will host two officer and two enlisted retirement webinars in April to provide interested Airmen with information and guidance on the retirement process.

When it comes to retirement, individuals can be swamped with a vast amount of information available from a variety of organizations. When closing one chapter in life and moving into the next, this information can become confusing and overwhelming. 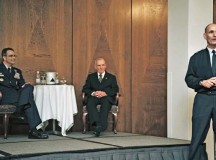 Man celebrates 57 years of US service

A retirement ceremony was held April 25 to honor Robert Keffer, a man who gave 57 years of service to the United States.