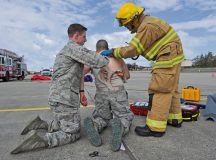 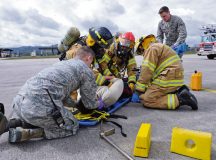 Team Ramstein participated in a base-wide inspection from April 17 to 27. 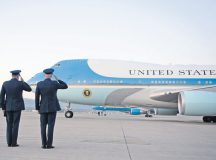 Crossing the Atlantic by air takes several hours, and jet fuel, water, food and toiletries are a commodity while airborne. This is where the Airmen of Ramstein come in, to refuel and resupply. 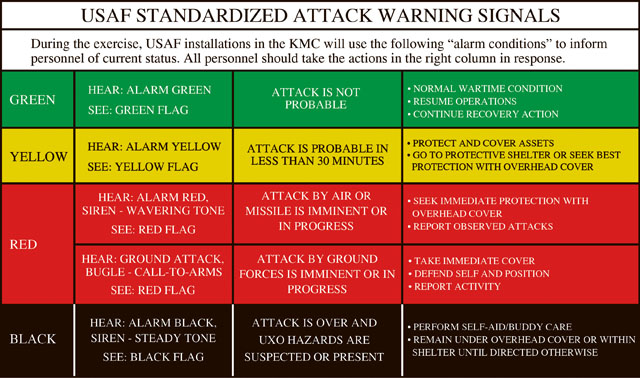 Team Ramstein is participating in an intensive exercise through Wednesday. Airmen and personnel will rehearse various situations relating to a base attack scenario.

Not unlike previous years, 2015 was a dynamic time for the Mighty 86th and Team Ramstein. We experienced operations, exercises, challenges and shifts — some planned, some not — while generating and employing air mobility, enabling theater and strategic airpower, and operating key Air Force power projection platforms. We supported allies and friends, built partnership capacity, enhanced readiness, and deterred threats as they emerged and developed. In the modern world, Team Ramstein must remain responsive and engaged to be effective, and 2015 saw us doing just that. 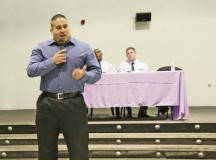 Team Ramstein took a stand against domestic violence by participating in the Speak Out Against Domestic Violence event Oct. 8 on Ramstein. 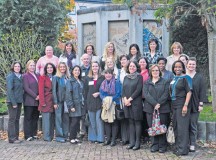 Team Ramstein leaders’ spouses pose for a group photo outside of the Officers’ Club Oct. 7 on Ramstein. The spouses toured facilities on Ramstein and Vogelweh and learned about their individual missions to build support, morale and assistance. 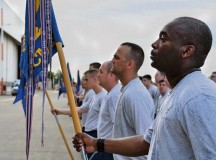 Airmen form up after Ramstein’s second tri-wing run of the year July 23 on Ramstein. Events like these help bring the installation together and collectively work on fitness and resilience. The regularly scheduled tri-wing run is one of the few times where all three wings on Ramstein come together to form Team Ramstein.

Looking forward to a great 2015

I’ve said it before and I’ll say it again, I have the greatest job in the Air Force. I have a front row seat to witness amazing work accomplished daily by the men and women of Team Ramstein, and I’m looking forward to the accomplishments we will achieve together in 2015. 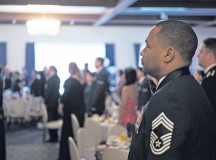