Think before you drink 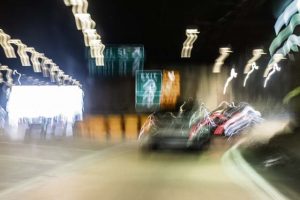 Driving under the influence and driving while impaired can not only seriously damage a career, it puts the community at risk.

This year, as the COVID-19 restrictions relaxed, the number of DUI/DWI cases in the Kaiserslautern Military Community have increased, returning to pre-pandemic average levels.

Members are encouraged to have a plan and use resources available like local cab companies, a designated driver and their immediate supervisor.

Airmen can also reach Armed Forces Against Drunk Driving at 0152-5172-3356 if their original plan falls through.

According to the 569th United States Forces Police Squadron (USFPS), younger servicemembers under the age of 25 and temporary duty personnel who may not be familiar with German laws account for a significant number of DUIs/DWIs.

Host nation DUI laws state that a 0.05 percent blood alcohol concentration (will result in a DUI. A DWI or DUI can be received while operating any vehicle that has wheels.

“Riding an e-scooter or bicycle while under the influence is a federal offense and can follow military members back to the states,” said U.S. Air Force Staff Sgt. Amber Ihlen, 569 USFPS NCO in charge of Police Services. “Up to 14 percent of DUIs this year were e-scooters.”

According to the Ramstein Alcohol and Drug Abuse Prevention and Treatment website, it can only take one drink to put you over the legal limit here in Germany. A lack of planning can often lead to some pretty severe consequences and feelings of regret.

The legal age for alcohol consumption in Germany is 16 for beer and wine and 18 for spirits, however, operating a vehicle after drinking between the ages of 18 and 21 is not authorized, regardless of blood alcohol content.

“We see a pattern of members ages 19 to 25, as well as temporary duty assignment personnel, that are not aware of all the different alcohol limits,” said Ihlen. “Members should remember that probable cause is not required to stop someone, whether it’s by the 569 USFPS or local Polizei.”

When members sign the U. S. Army in Europe driver’s license, all members agree to a blood test or breathalyzer when stopped by local law enforcement. Refusal to do so will lead to loss of driving privileges.

“Typically, members will receive an Article 15, rank reduction and be forced to forfeit half of their monthly pay for two months when getting a DUI,” said Staff Sgt. Maddison Ferguson 86th Airlift Wing Judge Advocate Paralegal.

Be smart, stay safe and always have a plan. If you drink, don’t drive.