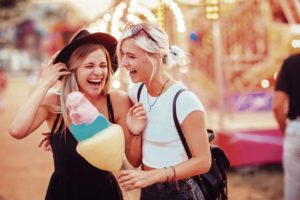 The traditional “Wurst­markt,” known as the world’s biggest wine fest, will start today only 35 kilometers east of Kaiserslautern. For the 603rd time, Bad Duerkheim along the German Wine Street will host this annual fest in two parts: from today to Tuesday and then again from Sept. 13 to 16. Organizers expect about 600,000 visitors from all over the world.
An amusement park with about 300 vendors and ride owners will be set up on the 45,000 square meter fest grounds, next to the “Duerkheimer Fass,” the world’s biggest wine barrel. This barrel actually houses a restaurant and if it was used as a barrel, it could hold 1.7 million liters of wine.
The Wurstmark, meaning sausage fair, received its name from the fact that the fest goers ate enormous amounts of sausage during the event in the first part of the 19th century.
However, the main attraction of the fest are 36 little wine tents called “Schubkarchstaende,” wheelbarrows, because vintners rolled wine barrels on wheelbarrows up to “Monte Sancti Michaeli,” Michelsberg hill to quench pilgrims thirst in the 15th century. 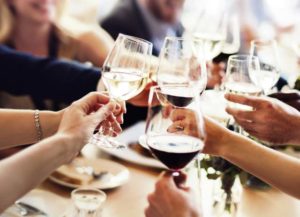 Each year at the end of September on Michael’s day, pilgrim’s visited the little chapel on top of the hill. On the way up there, vendors sold their goods. Then church dignitaries no longer accepted this kind of pilgrimage. Market activities were relocated to the bottom of Michelsberg, and the “sausage fair” was born.
In the year 1910, city officials decided to celebrate the fest earlier in September and no longer on Michael’s day, because of better weather. In 1926, the Wurstmarkt got extended by a day, in 1951 by seven, and finally in 1965, the fest was extended by eight days. Since 1985, the fest is nine days long.

Wurstmarkt will begin at 5 p.m. today with a concert in front of the Kurhaus (official spa building). At 5:30 p.m., a parade with musicians, vintners and officials will lead from the Kurhaus to the festival grounds, where the Wurstmark officially opens at 6 p.m.
Rides will include merry-go-rounds, auto scooters, a giant Ferris wheel, a rollercoaster, and fast rides such as Break Dance, High Impress, Hot Shot, The King, Ghost Rider and Polyp XXL. A highlight at this year’s Wurstmarkt is the “Gladiator.” It is one of the highest transportable rides of the world. In the two free-swinging gondolas at the tips of the rotating mast, multiple loopings can be experienced up to 62 meters high.
There will be food and candy booths, fest tents with live bands, and a wine village with wine tents.
The historical wine tents will open at 10 a.m. and the rides at noon each day.
The event’s first fireworks display is scheduled for 9 p.m. Sept. 10, and the second one will close out the fest 9 p.m. Sept. 16.
Trains are available to give visitors the chance to leave their cars at home. They run from Kaiserslautern to Bad Duerkheim about every 30 minutes until 6 p.m., then trains travel every hour. Passengers have to change trains in Neustadt.
Fest-goers can travel back by train from Bad Duerkheim to Kaiserslautern and Landstuhl on additional trains at 10:05 p.m., 10:40 p.m., 11:09 p.m., 11:36 p.m., 0:09 a.m., 0:38 a.m., 1:38 a.m. and 2:38 a.m.
For details on train times, visit www.vrn.de or www.der-takt.de, or get the train schedule at the Window to Rheinland-Pfalz counter in the Kaiserslautern Military Community Center.