Celebrating 70 Years of Ramstein Air Base 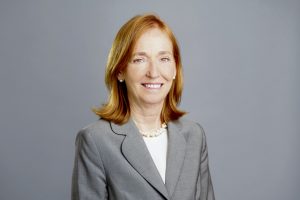 My heartfelt congratulations on the 70th anniversary of Ramstein Air Base!

For 70 years, Ramstein Air Base has played a significant role in our two countries’ shared history. From here, multiple generations of Americans have served to ensure the security of the United States, Germany and Europe as a whole. Your presence has been crucial in securing our path towards freedom and democracy after the defeat of Nazism, and through the Cold War.

From its initial mission defending the freedom of Western Europe, Ramstein’s role gradually expanded to an increasingly global one, especially following the collapse of the Soviet Union. In recent years, Ramstein Air Base has taken on critical global missions such as last year’s humanitarian airlift of nearly 35,000 Afghan evacuees, the largest such mission in history. Ramstein served as U.S. European Command’s primary evacuation hub, with U.S. servicemen and women and NATO allies from the Kaiserslautern Military Community and beyond providing direct support. In short, Ramstein remains as critical today as ever before in its history.

Russia’s brazen, brutal, and illegal invasion of Ukraine has made this even more evident since February 24th of this year. Now more than ever, Germany, the United States, and the entire NATO community must stand united in the face of this unacceptable aggression. For our part, Germany has committed to a massive, unprecedented investment in our military capabilities, including modernization and upgrading of equipment — and defense cooperation with the United States. Germany is also at the forefront of providing Western military equipment to Ukraine, including advanced and heavy weapons. Crucial multilateral meetings on providing military assistance to Ukraine have taken place, not coincidentally, at Ramstein. Together we can and will defend every inch of NATO territory, deter further Russian aggression in Europe and aid Ukraine in its fight for freedom.

But Ramstein and the broader U.S. military community in Germany should never be reduced to its security aspect. For decades now, tens of thousands of American servicemen and women have come to Germany, lived with us, shared in our culture, and built meaningful German-American friendships for life. More than a few have fallen in love, married, raised their children, and made their second home here in Germany. Or have brought German spouses and family back to the U.S. I cannot emphasize enough how important your role as ambassadors of the United States to Germany, and vice versa, is.

70 years of Ramstein also reminds us of tragic events, like air accidents and terrorist attacks. The RAF-attack on U.S. military personnel should always remind us that we must fight together against extremism and anti-Americanism. The German government and people stand in solidarity with the U.S. servicemen and women in Germany, and you can be assured of our continued support.

I salute you for your bravery and thank you for your service as transatlantic ambassadors, as an essential pillar of the German-American partnership.